A bullish week could lead to losses for DOGE, ADA and VET

Over 200 participants and attendees of the 68-Hour-Hackathon produced...
Read more
Press Release

Gulf Xellence announces the most exciting and largest CRYPTO FEST 2022 to be held on 19th – 20th October in Dubai,UAE

Witness the world of possibilities under one roof –...
Read more
Press Release

The cryptocurrency market experienced a bullish week. However, DOGE, ADA and VET could face losses before heading to the weekend

The cryptocurrency market has had a positive week, with Bitcoin climbing above $ 29,000 and hitting the $ 32,000 mark. Ether has also performed well, crossing the $ 2000 mark after falling below $ 1700 in recent days.

Of the three cryptocurrencies we look at in this article, Dogecoin is the biggest winner with a price increase of over 6% this week. Cardano has gained more than 1% in the last week. Heading into the weekend, however, cryptocurrencies are looking bearish: the recent market rally is cooling.

ADA remains the fifth largest cryptocurrency by market capitalization, but has not performed well this week. The ADA/USD 4-hour chart is currently bearish, although the price has risen by 0.45% in the last 24 hours. 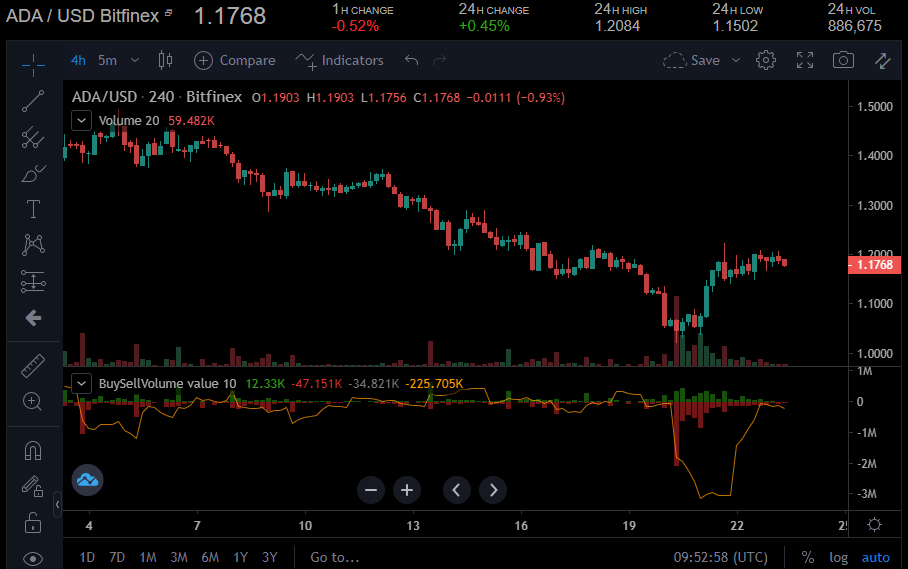 Should a market-wide rally occur, ADA could overcome resistance at $ 1212 over the weekend. In the case of an extended rally, the first major resistance could come into focus at $ 1281. However, if the market continues its downward trend, ADA risks losing support at $ 1.14. Support at $ 1.03 should limit any downtrend unless there is a massive sell-off in the broad market.

With a drop in value of over 6% in the last 24 hours, DOGE is the biggest loser among the three. If DOGE manages to maintain bullish momentum over the weekend, the DOGE / USD pair could cross the $ 0.20 mark and target the first major resistance at $ 0.30. In the event of a longer market rally, DOGE could rise above the range by $ 0.35. 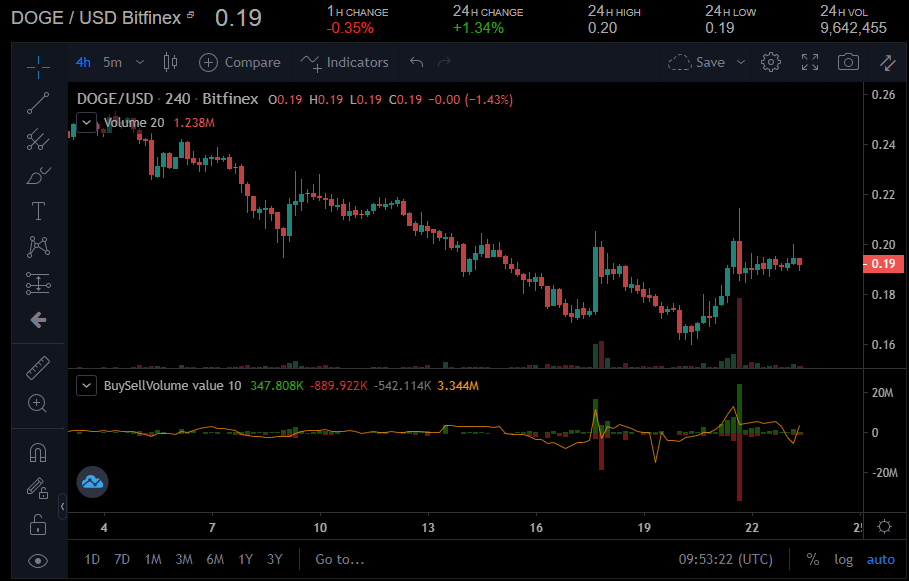 However, at the moment it is down around 1%, and if the bearish trend continues, DOGE could lose support at $ 0,18. A sustained sell-off could cause DOGE to drop to its weekly low of $ 0.1599. Unless bear sentiment in the market intensifies, the meme coin should be able to defend support at $ 0.16.

VeChain has not performed well this week despite rallying in the broader cryptocurrency market. The 4-hour chart of VET / USD is currently bearish, suggesting that the cryptocurrency could suffer further losses over the weekend. 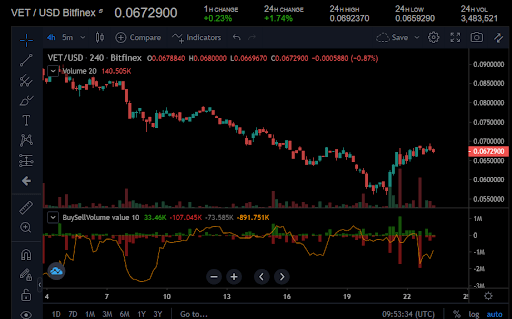 VET could drop to $ 0,60 in the coming hours if there is no market rally. However, unless there is a major sell-off, the cryptocurrency should be able to defend the support level at $ 0.57.

However, should VET create a turnaround, the first major resistance comes into focus at $ 0.072. The resistance level above $ 0.078 is likely to limit further upside potential unless there is a longer market rally.