NEO, BNB and UNI go bearishly into the weekend

Volt Inu's team recently announced that it is about...
Read more
Press Release

SolidProof has just announced that it is offering discounted...
Read more
Press Release

Affiliate Me Token Announces a New Concept for Crypto Marketing

Affiliate Me Token is excited to announce a new...
Read more
Press Release

NEO, Binance Coin (BNB) and Uniswap (UNI) are heading bearishly into the weekend and could record further losses in the coming hours.

The cryptocurrency market appears to continue its descent into the red until the weekend. In probably the strongest correction in months, all prices of the top 20 cryptocurrencies have fallen by more than 10% in the last 24 hours. Binance Coin (BNB) has posted a 14% loss in the last 24 hours and could even slip below the $ 450 mark at the weekend. NEO lost almost 20% of its value in the latest correction and is expected to fall further to $ 70 if the market does not recover. Uniswap is still in the top 10 after losing 15% and must defend the support area by $ 29 to avoid further losses.

A daily close over say $583 would be no downtrend.

The price action has been wild.$bnb has on it’s side the value & returns you get from being a bnb user. People want & amp; use this crypto. pic.twitter.com/NVshDBWsIf

The BNB/USDT 4-hour chart shows that Binance Coin is still in bearish mode despite a 5% increase in the last hour. The bulls were able to defend support at 452 US dollars, allowing BNB to recover to 490 US dollars. It is currently trading above its 100-day SMA (US $ 490). If it builds on recent momentum, it could try to climb above $ 511 this weekend. 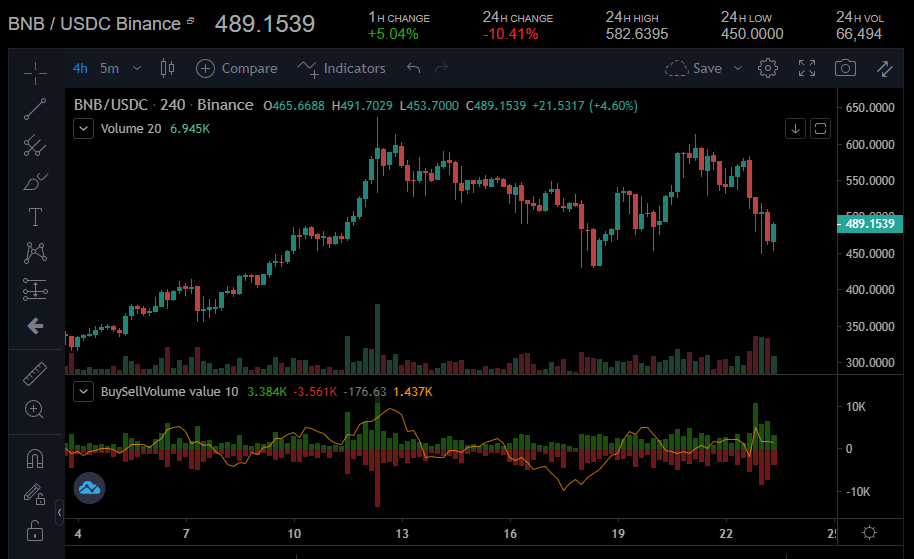 However, the RSI and MACD show that the bears are still in control and could trigger another correction. If the correction continues, BNB could lose support at $ 452, which would bring support at $ 430 into play.

NEO is in a similar situation to BNB. The NEO / USD pair has risen 2% in the last hour and dropped 16% in the last 24 hours, with the 4-hour chart still looking bearish at the moment. The cryptocurrency has defended support at $ 72 and is moving slowly towards resistance at $ 84. 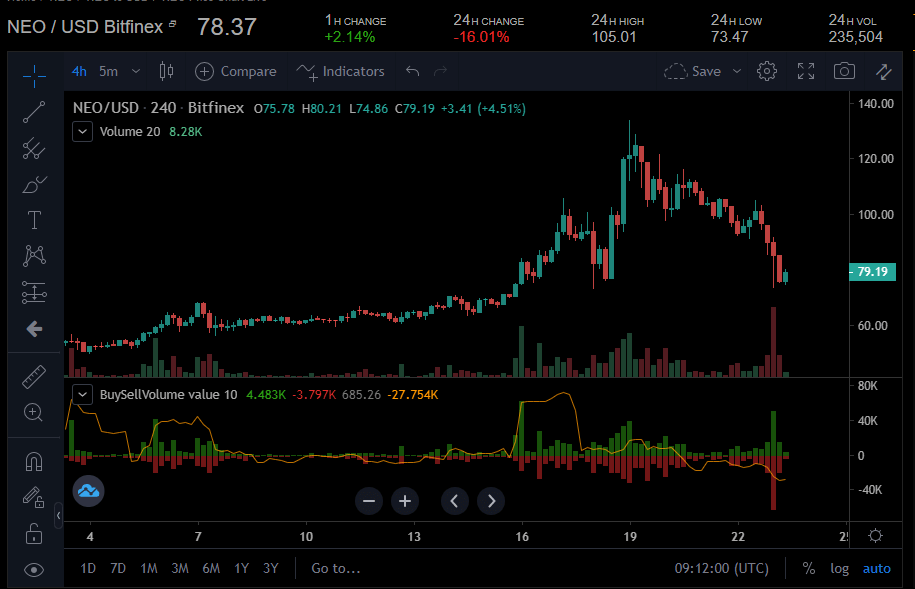 Should the bulls begin a recovery, NEO could make a run at the $ 90 mark and move toward $ 100 over the weekend. However, the technical indicators are bearish at the moment, which indicates further losses on the weekend. If NEO fails to defend its support at $ 72, NEO/USD could end up in a downward spiral towards its 200-day SMA ($63.02).

Uniswap (UNI) reflects the performance of the broader market, having lost 13% of its value last day. The UNI / USD pair looks predominantly bearish at the moment. If the current trend continues, UNI will be forced to defend the support point at 28 US dollars. Further losses could lead to UNI falling below 25 US dollars for the first time in weeks. 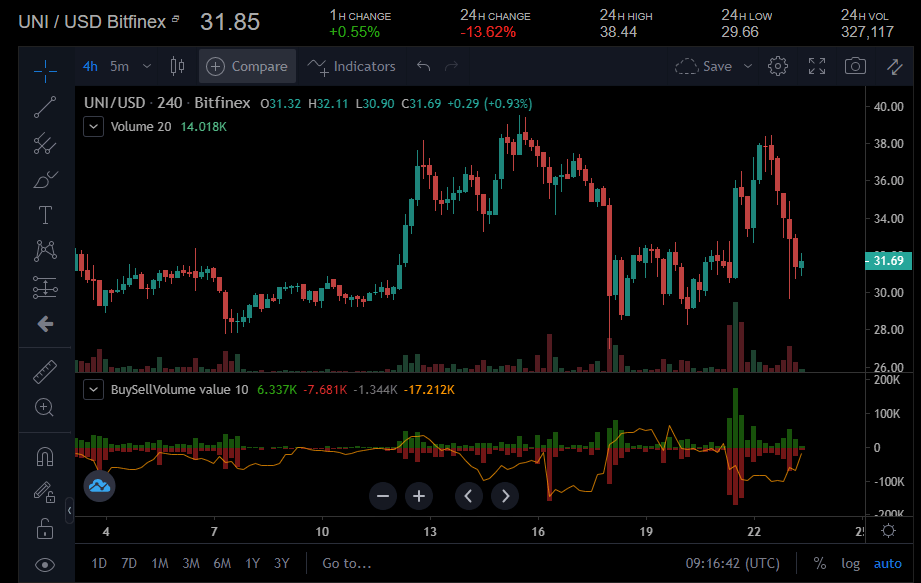 The bear cycle could continue as its MACD level is in the red range. The RSI is below 50, which indicates a negative cycle.

However, UNI could recover from the broader market. In a rally, UNI could rise above $ 32 and try to crack resistance at $ 35. A sustained market rally could help the cryptocurrency reach its weekly high of 39.44 again.